Maybe you’ve never heard about Tiny, but chances are, you’ve used its products. Tiny is the company behind the text editors you’ve likely used in WordPress, Marketo, Zendesk, Atlassian and other products. The company is actually the result of the merger of Moxiecode, the two-person team behind the open source TinyMCE editor, and Ephox, the company behind the Textbox.io editor. Ephox was the larger company in this deal, but TinyMCE had a significantly larger user base, so Tiny’s focus is now almost exclusively on that.

And the future of Tiny looks bright thanks to a $4 million funding round led by BlueRun Ventures, the company announced today (in addition to a number of new products). Tiny CEO Andrew Roberts told me the round mostly came together thanks to personal connections. While both Ephox and Moxiecode were profitable, now seemed like the right time to try to push for growth.

Roberts also noted that the merger itself is a sign of the company’s ambitions. “I think we’ve always been searching for how we could get that hockey stick growth to kick in,” he said. “I don’t think we would’ve done the merger if we weren’t hungry for that next level of success. So after two or three years [after the merger], we started to feel like we had the signs of a business that could grow into something significant and big and with some good numbers behind it. So were: ‘alright, now is the time.’” 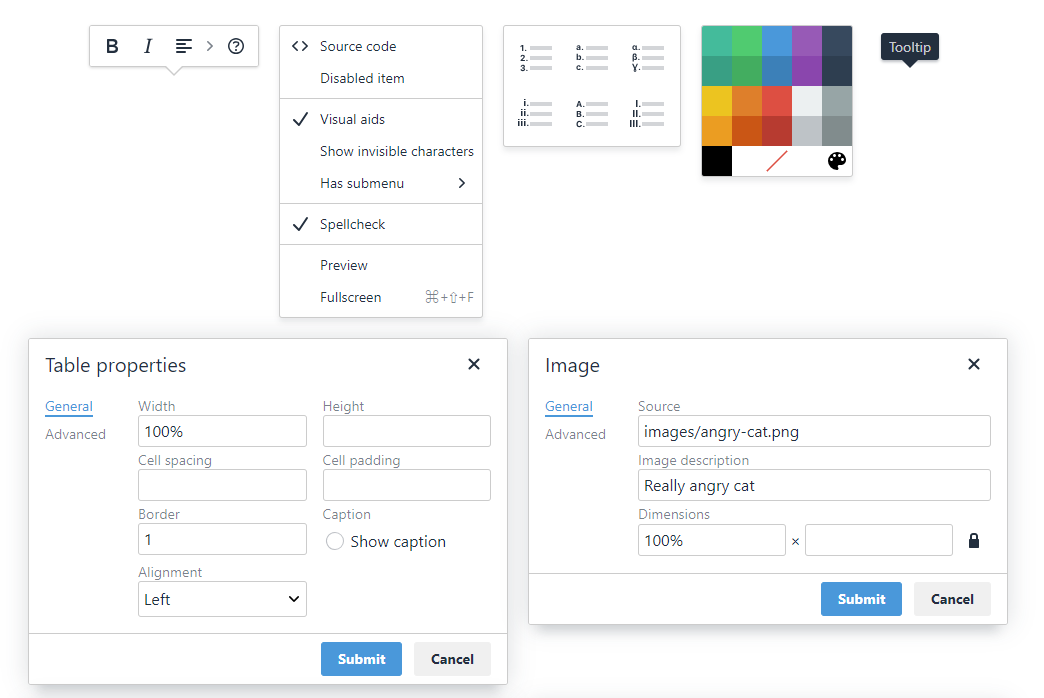 Roberts noted that quite a few developers try to build their own text editors. Yet handling all the edge cases and ensuring compatibility is actually quite hard. He estimates that it would take two or three years to build a new text editor from the ground up.

As part of today’s announcement, Tiny is also launching a number of new products. The most important of those from a business perspective is surely Tiny Drive, a file storage service that developers can integrate with the TinyMCE editor. Tiny Drive offers all of the file storage features that one would expect, including the ability to handle images and other assets. Tiny Drive uses AWS’s S3 file storage service and CloudFront CDN to distribute files.

Also new is the Tiny App Directory, which Roberts likened to the Slack App Directory. The idea here is to offer a curated list of TinyMCE plugins. For now, there is no revenue sharing here or any other advanced features, but it’s definitely a play for creating a larger ecosystem around the editor.

Tiny also today announced the first developer preview of the TinyMCE 5 editor. The updated editor features a new user interface that gives the editor a more modern look. Developers can customize it to their hearts’ content, with plenty of compatible plugins and advanced features to extend the editor based on their specific needs. There’s also now an emoticon plugin.

Talking about customized editors: You’re probably aware of WordPress’ efforts to modernize its text editor. The new editor, called Gutenberg, focuses more on page building than the current one, but as Roberts stressed, the underlying rich text editor is still based on the TinyMCE libraries. He noted that even the classic version, though, was always a subset of TinyMCE’s editor. What’s maybe even more important for Tiny as a company, though, is that none of WordPress’ changes will influence its business, even though WordPress and TinyMCE have long had what he describes as a “symbiotic relationship.”

“Tiny’s core business comes from a mix of software vendors, large enterprises, and agencies building custom solutions for clients that has little to do with the WordPress ecosystem,” he notes. “It is a popular and commercially viable project in its own right.”